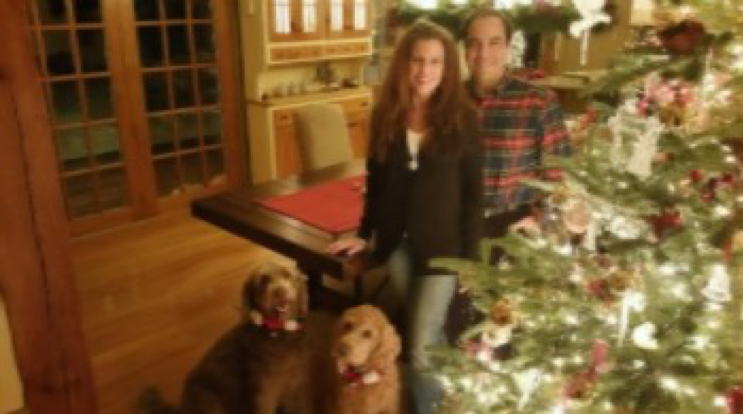 Tired of restrictive homeowners' associations, overpriced real estate, and lack of privacy, Howard & Martha Kaloogian knew that they were quickly reaching the end of their time in California. As Howard explains, "Taxes were high and going higher, crime was on the rise and 80,000 criminals were being released because of overcrowding, every commute was frenzied and the middle class was being squeezed.  When they sent around the water patrol to fine people whose grass was too green because that implied you used too much water, that was the last straw."

Howard, the National Planned Giving Associate at Hillsdale College, was able to live anywhere so long as he had easy access to an airport. And Martha, the CFO (or Chief FUN Officer of their home), was eager to be closer to their son, a freshman at Rochester Institute of Technology.

Howard & Martha originally considered moving to Texas, but it didn't seem to be a good fit. After visiting Boston, and being impressed with its museums, educational institutions, and culture, they knew that New Hampshire's easy access to Boston, coupled with the “live free” attitude, no income tax or sales tax, and affordable land made New Hampshire the clear winner.

Once they decided to move, Howard & Martha faced the difficult task of finding the perfect town in which to live. Knowing that they needed to live within an hour of the Manchester airport since Howard travels frequently for his job, they started talking with other movers and found the town of Weare kept coming up in conversation. "As we searched, everyone we talked with said 'oh, we like Weare.' There were many places to choose from in Weare since it is the largest geographic town in the state, and its natural beauty includes hills and water and forest, and open spaces.  We have a pond across the street and a 2 ½ acre plot of land that is mostly cleared and gently sloping. But the house really drew us here. It was built in 1820 but has been fully renovated by the previous two owners who were both developers."

Now that they're in New Hampshire, the Kaloogians have fallen in love with their home, their neighbors, the natural beauty of the state, and the community spirit and participation in local government and town events. One particular event that stands out to the Kaloogians was when they first moved in, "When we moved in we didn’t own a lawnmower and after a long escrow our lawn was already looking abandoned. That first weekend, a neighbor came by on his lawn tractor and mowed our entire property with a wave saying 'first one’s on me, welcome to the neighborhood!' We’ve become good friends. That type of thing has continued with others bringing homemade jams and honey and bread and small things for no reason other than it's nice." In addition to the neighborliness they've experienced, the other members of the Kaloogian's clan, their two Labradoodles, Isaac & Sully, love New Hampshire and all the room they have to roam free and chase squirrels.

But the best part of moving to New Hampshire? "When you're here, it’s easy to breathe free in a land that embraces the practice of constitutional rights (one example is open carry) without oppression from societal condemnation."